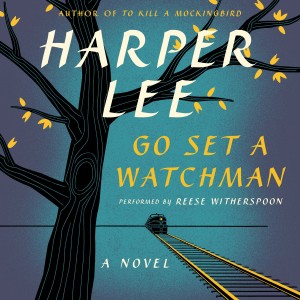 Earlier this month, I joined several other posters at the Faculty Lounge providing thoughts on Harper Lee’s Go Set a Watchman.  I commend the whole series to you but in case you are interested in what RPW might have said, I have reposted that entry here.  Enjoy!

I’ve always thought Harper Lee’s themes and styles in To Kill a Mockingbirdclosely resembled some of Robert Penn Warren’s themes relating to the South. Namely, as I have written in other places, in early to mid-20th century Southern Literature, black people are often passive persons where things happen to them (notably horribly bad things), and that the response to those things is what makes us believe the characters to be either progressive or non-progressive.   Likewise, in both Warren and Lee’s narratives, the place becomes a character itself.  Both the South and the specific places in the South are alive in both writers’ prose.

That place-centric identity can be characterized as what I have called in other places a form of Southern Exceptionalism. If the American experience is explained by exceptional qualities, then the Southern Experience may be described by a different reference to the past: “defeat, humiliation, and impotence in the face of intractable social problems.”  The south eagerly adopted the idea of American exceptionalism for itself, believing the society to be set apart, unique, and validated by moral superiority.  But as eminent southern historian C. Vann  Woodward’s The Search for Southern Identity argues, time proved that the real southern experience was characterized by “grinding poverty, political impotency, military defeat, racial conflict, and social guilt.”  Sheldon Hackney has argued that Southerners have had to define themselves in opposition to a presumed American norm.  Similarly, Orville Burton contends that the Southerner remains an “other” or “stranger” in the American narrative. For our purposes, Robert Penn Warren embraced the idea that Southerners found themselves looking backward more than forward so to speak – consistently defining themselves, their environment, and their identity against the backdrop of how the exceptional failed in its promise, and the fact that the war was not won.  This is revealed in Warren’s life experience and works. We see similar themes in Lee’s Mockingbird and now Watchman.

In To Kill a Mockingbird, we tend to resonate towards Atticus because he appears progressive against the backdrop of a non-progressive place and non-progressive people.   The questioning of Bob and Mayella Ewell along with the epic scene where Atticus stands guard over Tom Robinson as a gang of citizens seek to take justice out of the hands of the law gives Atticus the distinctive impression as one of the forward thinking citizens of Maycomb. The reality is that Atticus only appears heroic because the setting and people in it seem to be the opposite. Like Atticus in Mockingbird, Robert Penn Warren’s views of Southern racial politics might appear progressive when compared to other Southern writers at the time.

Warren’s earliest work on the race problem in the South was an essay titled the Briar Patch, which appeared in a collection of essays by 12 Southern Writers titled I’ll Take My Stand: The South and the Agrarian Tradition.  Amongst the essays, Warren appears to be more progressive along side his contemporaries because he can envision a world where segregation does not exist, but rather where Black and White persons might exist in a mutually beneficial society.  He describes the race problem as one stemming from unnatural animosity between black persons and poor whites and engages various thoughts whether the problem was one of market access or political equivalency.   Notably, many of the other writers specifically chided Warren’s views in their essays, believing Warren’s approach to be contrary to the aim of the book’s overall purpose.

Still early Warren may have only appeared progressive.  His views in Briar Patch may be quaintly described as hopefully dismissive – suggesting that the race problem in the South was primarily one of common respect, which would not be resolved by a plan of forced desegregation.   This view seems very similar to Atticus’s views in To Set a Watchman where the natural course of events will take care of themselves.  Like Warren, it seems easy to call Atticus comparatively progressive, especially when set against the backdrop of Maycomb.   And yet, To Set a Watchman leaves us unsatisfied because the former hero of Mockingbirdturns out to be not nearly as progressive as we previously thought him to be.

I think that Warren would greatly relate to both Atticus Finches — the one that appears heroic in Mockingbird and the one that appears less-than-heroic in Watchman.  Warren observed that his view of race was primarily informed by his image of south.  He said “The image of the south I carried in my head was one of massive immobility in all ways, in both its virtues and vices – it was an image of the unchangeable human condition, beautiful, sad, tragic.” Despite changing his views on segregation, one aspect of Warren’s perception of the race problem did not change – its source.  Warren still believed that much of the angst against African Americans stemmed from poor whites that were afraid that Black Mobility meant diminished economic opportunity for white folks.  Warren saw this challenge as one that led to increased violence by poorer white persons who felt isolated by their wealthy white counterparts and black workers looking to obtain a foothold.  Thus Warren wrote in the Briar Patch, “What the white workman must learn… is that he may respect himself as a white man, but if he fails to concede the negro equal protection, he does not properly respect himself as a man.”        These views of respect as a foundation for the race problem in the South did not change.   In his book titled Segregation: The Inner Conflict in the South, Warren interviews black and white people around the South in the wake of Brown v. Board of Education, Warren describes this mutual respect not as a market problem (as he did in Briar Patch), but as a moral problem. In a other work titled Who Speaks for the Negro, Warren most directly states his regret for his earlier work Briar Patch, stating he did not realize its racist and seperationist overtones.

If we are comparing the nature of Watchman, we have to point out that Warren’s hypothesis seems a bit myopic.  One of the most interesting tensions in the book is Calpurnia’s supposed transition from loyal worker to disaffiliated and individualized person.  If the Finch’s were the non-white trash as Hank explains to Jean Louise, then labor and race relations were equally at their doorstep even though they may have been caught unawares.  Still, the narrative told through the eyes of Southern Whiteness tells of Calpurnia’s leaving as response rather than individual choice.

In Warren’s South – there is always a conflict that is prevalent in how choices are made.  This conflict is prevalent in a number of similarities that unfold in the writing of both Lee and Warren.  In both writers’ works, the South and specific places in the South are characters with views that influence how individuals respond.  What Warren might say about Watchman is that Watchman’s Atticus represents one whose views were shaped only by that unique place Maycomb.  I believe Warren would accept the Atticus of Watchman as most believable while wondering how the Atticus of Mockingbird comes about.